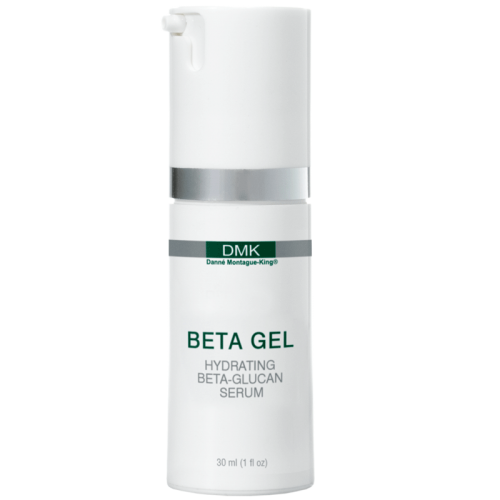 Hyaluronic acid (HA) has become -and still is- quite the trend when it comes to skincare, but have you heard of its older, bolder (and more beneficial) cousin Beta-Glucan?

Ask any therapist for a fun fact about HA and they will tell you that it is super hydrating, as it can hold up to 1000 times its own weight in water. Sounds good, right? HA is a water-retaining molecule, grabbing water from the surrounding environment and holding onto it. However most (but not all) HA based products cannot actually penetrate into the skin unless injected in a dermal filler, due to its large molecular weight and is therefore limited in function to the skin’s surface.

Beta-Glucan is a polysaccharide derived from oats, fungi (such as mushrooms), yeast and algae. Its use in cosmetic formulations is gaining increasing attention due to its antioxidant properties, anti-wrinkle activity, wound healing abilities, and moisturising effects (Du, et al., 2013).

Beta-Glucan is a unique and intelligent ingredient. It is a biological response modifier, which is a substance capable of triggering an immune response in the body. It enhances the defences of the Langerhans cells which are important conductors of your skin’s immune defence system. Skin immune cells play a crucial role in repairing, renewing and protecting tissue and are therefore essential to maintaining healthy, beautiful skin (Theirs, et al., 1984).

Our all time favourite Beta-Glucan product is the

Anti Aging Antioxidant: It is estimated that up to 85% of

aging is extrinsic – meaning it is caused by external influences such as exposure to the sun, smoking, pollution and poor diet choices, through the creation of free radicals. Antioxidants like Beta-Glucan protect our skin cells from free radical damage, which directly cause premature skin aging. Beta-Glucan is capable of interacting with specific cells such as fibroblasts, which promote the production of the key anti aging proteins collagen and elastin.  A report in 1999 found that daily topical application of beta-glucan significantly reduced the wrinkle depth and fine lines of the studied group within 28 days.

Hydrating: Unlike HA, Beta-Glucan can drip through the epidermis (surface layers of skin) despite its relatively large molecular size (Pillai, et al., 2005), therefore hydrating the skin from the inside out. A number of sites even went as far to say that Beta-Glucan is 20% more hydrating than hyaluronic acid at the same concentration, although I couldn’t find a reliable scientific study to back up this claim.

Barrier Repair: Beta-Glucan has anti-inflammatory properties, meaning it is capable of reducing redness and swelling by communicating with the skin’s immune system. It is ideal for skin that is sensitized, reactive, inflamed, raw, and irritated and is used to treat a number of skin conditions including acne, rosacea, sun damage, psoriasis, eczema and dermatitis. At Urba, we also tend to use Beta-Glucan based products after treatments such as peels, microneedling and IPL to ensure your skin regenerates back to a healthy state quickly.

Healing & Scar Prevention: A study carried out by Davis and Perez (2009), found that Beta-Glucans could accelerate the healing phase in both chronic and acute wounds. The use of beta glucan has been particularly successful on traumatized skin, acne scarring post-operative sutures, staples and burns. Check out Scott’s story and the miracle healing of DMK Beta Gel here

GET SPECIAL OFFERS TO YOUR INBOX

We have great deals that are exclusive to our customers.